The government of Maharashtra has recently decided to reduce the contribution of all the Mughal emperors who ruled India for few centuries to just three lines. It was reported that the education board of Maharashtra has recently revised their history books for class vii and ix and they have decided to remove the contribution made by the Muslim empires in the field of art & culture, political administration, poetry, foods, music, monuments, etc. Historians and other people from all over India have opposed this step taken by the education board of Maharashtra. The Mughal rulers all over India constructed Reservoirs, bridges, gardens, masjids, lodgings during their rule in India. Income support system known as the Suyurghal system was introduced by the Mughal Kings whereby ordinary citizen would receive in cash or land allotment. So is it possible to erase the contribution of Mughal rulers from the rich Indian history? The answer is possibly negative because they have a valuable contribution to various fields of life. Here we will read some of their precious contributions which were made to make India a great civilization.

India becomes a land of Poets, Writers, Sufi Saints of all kinds under the rule of Akbar, the third Mughal ruler. Under these rulers, there was a resurgence of study in the medieval, classical poetry of both India and other parts of the world. Thousands of work of poetry and art were produced in different languages around the Asian subcontinent. Besides, a lot of work of famous poets and artists were translated from one language to the other. Works in the field of philosophy were carried out in this period. Autobiographies of current rulers and their ministers, musicians and other members were also documented during this period. 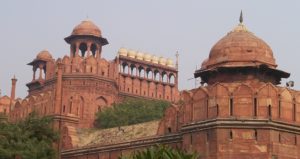 In the city of Agra, gold and silver carpets and embroidery were made and traded to Europe. Velvet and other fine materials were also produced in Ahmedabad during this period and were traded to different parts of the world.  During the Mughal period, the trade of beautiful cabinets and cupboards flourishes in India. Jute, rice, Cotton, silk fabrics, and Muslin were exported to England, the Netherlands, France, China, various African countries, Iran, etc.

Mughal rulers built magnificent forts, mosque, and other buildings during their stay in India. Red Fort and Taj Mahal are examples of some of the most elegant historical buildings created by Mughal rulers in India. Many historians considered the Hammam or Bathhouse as one of the exceptional contributions to public hygiene was introduced by the Mughal. 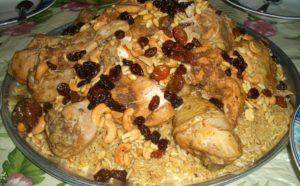 Persian was used as a language of culture, literature, finance and the court language during the Mughal period. Many legal treatises, religious commentaries and scientific manuals in other languages were translated and study by theologians of the Mughal court. 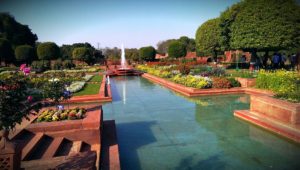 Doctors of the Mughal court wrote many medical and pharmacological treatises during the rule in India. On the maintenance of health’ and ‘Gardens of Medicines’ are some of the famous work written by Dr. Yusuf–Yi Herati. Things useful to humanity’ was one of the pharmacological work written during this period. The documented books written by the Mughal scholars includes medical topics such as dietary advice and hygiene in the same text. 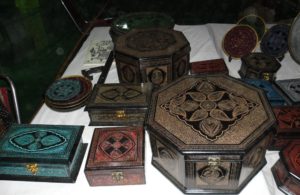 Using the simple tools, the jewelers during the Mughal period created the most delicate jewelry which cannot be replicated even today with most of the cutting-edge and state-of-the-art techniques available today. The jewelry was a unique combination and mixture of Indian and Persian culture.

The Mughal built roads and develop means of transportation due to the prevalence and importance of trade in their rule. The Mughal rulers also constructed caravansaries for the benefit of travelers during their rule. Water Fountains, guestrooms were also built on trade routes to encourage trade and finance during their government. 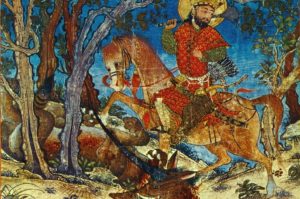 Explosives, rockets, mortar, cannons, and catapults were used to significant effect during the Mughal era.

A Pune-based independent researcher, named as Kishore Darak, raised objections about the revision made in the history textbook by the Maharashtra government.he said that it is problematic to erase the contribution made by the Mughal rulers and display saffrons flags all over the map of the country. He said that the move was factually incorrect and reeks of a political agenda of the current Modi government to create an image that the Hindu Samrajya existed in India during that period.

One Thought to “WHY CAN CONTRIBUTIONS OF MUGHAL RULERS NOT BE ERASED FROM INDIAN HISTORY?”