The partition of India in 1947 triggered riots, which lead to murders, rape and shattered families on both sides of the border. A colossal wave of migration and mass causalities resulted during the partition. Millions of Muslims moved to Pakistan to what they hoped would be the safer territory. Hindus and Sikhs from Pakistan moved in the direction of India with a better life. Both the newly formed nation faced complex issues and problems were rehabilitating and accommodating post-partition refugees. The communal tension generated further movement when the two nations went to war over the disputed territory of Jammu and Kashmir in the year 1947-1948. A large section of people migrated to India and Pakistan as late as the 1960s. The father of the nation of India, Mahatma Gandhi was killed in January 1948 by Hindu extremist who blamed Gandhi for being too supportive of Muslims at the time of partition of India and Pakistan. 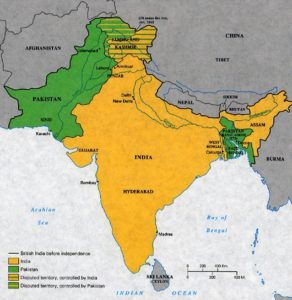 What caused this intensely violent reaction during the partition?

One of the major reasons was a violent reaction for partition was dividing and rule policies of East India Company. Rumors and power politics played from both the sides of the government to get maximum territory and benefits (from a partition) were few other reasons for violent reaction during the period of the separation of Pakistan and India. There was Majority of the Hindu, Muslim, and Sikh community people were deeply attached to territory and their religious faith and identity. Since East India Company was leaving India, so they were reluctant to use their troops to maintain law and order during the partition. The situation was extremely violent and especially dangerous in the region of Punjab where demolished soldiers and weapons were abundant during the period. One of the foreseen consequences of partition was that the population of Pakistan ended up religiously homogeneous than initially anticipated by the leaders of Muslim League. They assumed that the population of Hindu and Sikhs would be sizeable in Pakistan that would safeguard the position of Muslim remaining in India during partition. But the non-Muslim minority population in the west and East Pakistan was meager, which resulted in violent reaction during the separation. 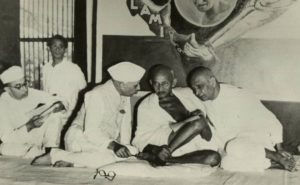 As per partition archives, it was estimated that about 16 million people were eventually displayed during the partition of India and Pakistan. These people traveled through trains, bullock carts and even on foot to reach safe place for their religious faith. It was estimated that more than 2 million people lost their lives post partition. People from other communities killed most of the people. There were trains filled to slaughtered, raped and murdered families of Hindu and Muslim people who were trying to go to India and Pakistan respectively. Many people lost their lives due to the spread of a contagious disease that spread through the refugee camps set up at both the sides of the border. Nearly 100,000 women were either raped or abducted during the period of partition as they were considered as symbols of community honor.