Swati Maliwal, the chairwoman of the Delhi’s Commission for Women, amidst numerous protests all over all over India demanding strict punishment for the rapists of the brutal Kathua rape case victim. Demanding immediate implementation of a stringent law for convicted rapists of the Kathua and Unnao, the 33-year-old Swati Maliwal began her hunger strike on 13th April 2018 which ended after the strict law implemented. This post will briefly point out important facts about Swati Maliwal. 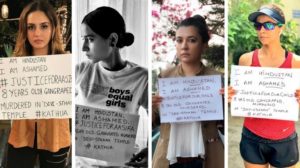 Daughter of an army officer, she chooses to do social work after rejecting high paying job offer from a multi-national company HCL. For more than a week, she was on hunger strike against rapists. She has started the hunger strike in the hope of holding a precise discussion with our Mr.Narendra Modi to seek justice for the Unnao and Kathua rape victims. After the news of an eight-month-old baby being raped came into, she is known for single-handedly started the online campaign known for Rape Roko Campaign in January. She got detained by the police and also suffered minor injuries, Swati Maliwal is carrying a march outside the parliament for her online campaign against rape(#RapeRoko campaign). This campaign is considered one of the successful campaigns that increased pressure on the government of India to introduce a new law against rape accused of a child below 12 years of old for the death penalty. The law also increased the punishment of rape of girl 16 years of old from 10 years to 20 years.

At the age of 33, she is the youngest chairwoman of the DCW (Delhi Commission For Women). Since her appointment as the chairwoman of the DCW, she has taken 12,000 cases. To tackle the complicated problems of human and child trafficking, she once successfully cracked down in one of the biggest brothels of GB road in the capital of India, Delhi. According to many experts in this field, it was considered as one of the greatest challenges of her term as chairwoman of DCW. During the Jan Lokpal days, she played also played very active and essential role by headed efficiently various right to information (RTI) for implementation of Jan Lokpal by the central government of India for efficiently fight against corruption in the different government sector. It is essential to understand that she is known among the experts as one of the youngest members of India against corruption core committee.  It is a group that came into existence after the AAP (Aam Aadmi Party) came into power in Delhi. With the only motive of bringing a sufficient change in the lives of millions of women, girl child, and their safety, Swati works for DCW. 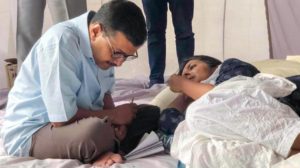 She recently ended her fast, but she wanted to keep fighting for the safety of girls and women around India. Demanding the death penalty for the rapists of a minor, she fasted for ten days. Her fast was ended when the cabinet of the central government of India passed an ordinance to amend the POCSO act. When she finished her 10-days fast, her mother, grandmother, and nirbhaya’s (raped and murdered in 2012) parents were also present. Talking about the ordinance that amended the POCSO act, she said, “This is a historic win, it’s all of our victory. This is the victory of those many Nirbhayas who are among us”.