The rail connection in the year 1947 between North-East India (Guwahati) and Kolkata was through East Bengal, which is now in Bangladesh. The rail connection between the northeast region and India (West Bengal) was cut off after partition in the year 1947. Immediately after separation, there was no rail link between northeast India and rest of India. At present, there are direct rail links between rest of India and northeast states, but the connection is extremely fragile. Floods cut off the relationship between India and northeast India very often. 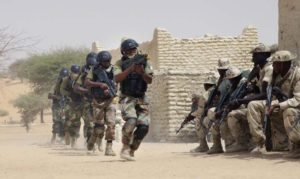 Isolation of North East Regions with Rest of India

The first significant problem faced by the northeast region (seven sister states) of India was their isolation with rest of India. The already existing mental quarantine was aggravated by the physical separation of the northeastern region with rest of the country. The part of India, which compromises of just 4% of total Indian population with more than 8% of the entire area of India, has suffered from so much apathy and neglect that it is nearly impossible to for them to catch up with the rest of India. As a deliberate policy, the British government before the partition of India followed the dictum of leave northeast India alone in splendid segregation. The Indian government led by Prime Minister Nehru in post-independent India also followed their out-of-sight and out of the mental attitude towards northeast India, which resulted in the armed uprising in different parts of north-east India.

After isolation, the second problem in the region of northeast India is neglect. Most of the insurrections in northeast India, except for the Naga movement and conflicts, are the direct fallout of the negligence and apathy shown by the ruling party in both the state government of the north-east region and central government of India. The insurgency in the area was the natural consequence of the apathy and neglect faced by the sector in last 70 years post-independence. The misuse of the funds provided to the northeast region by the central government of India in Delhi has widened the gap between the have notes and haves, which resulted in increased frustration and disappointment among the youth of northeast India. Growing frustration of the youth in the region found expression and voice in the different militant organization spread across different parts of the northeastern region.

Why has all this happened to the northeast region of India?

There is no clear-cut and straightforward answer to this burning question. Poor management of funds issued by the central government and endemic corruption among the politicians and people in power in the northeast region are the two main reasons for major problems in the region of beautiful north-east regions of India, which are full of immense opportunities of development and growth in the field of tourism, tea and coffee plantation, and natural resources. 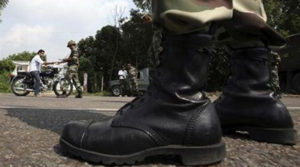 A class of politicians, a section of bureaucrats and businessmen in the state who are corrupt are born due to the funding pattern evolved over the year in the region. Northeast region despite reasonably rich natural resources suffers from a low rate of capital formation, mounting unemployment, and stagnant agricultural deficiency.  Unemployment and anger in the youth have provided the essential breeding ground for social unrest in the region post-independence of India. There is more than 20 lakh educated yet unemployed youths in the region as per the recent conservative estimates.

One Thought to “THE NEGLECTED INDIA: POST INDEPENDENCE STORY OF NORTHEASTERN STATES”