Is unemployment a non-existent problem in India now? Or it is a non-existent problem cooked by the opposition? According to a recent report published in the economic times, it was reported that the Indian Railways has recently received more than 1.5 crore applications in the year for only 90,000 railway jobs. These railway jobs include 63,000 jobs in the Group D, which is a category reserved for gangman. The gangman job is to work between their defined section to patrol and to find inconsistency in railway tracks like if the fish plate that holds the two rails is loosened or if there is any fracture in railway tracks. 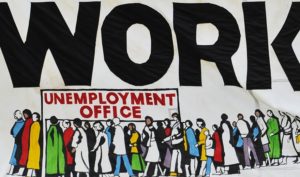 What does it tell us?

We wouldn’t have seen such a large number of unemployed youth (that consists of engineers, Ph.D. scholars) desperately looking for jobs including group D jobs if the MSMEs, SMEs, start-ups and the private sector companies of India done their part in recruiting new workforce. This is nothing but fact. The unemployment problem is real and present. There are nearly 31 million unemployed Indian looking for jobs according to the information available on the official website of the Centre of Monitoring Indian Economy (CMIE), a board that effectively keeps track of economic and business data in India. The number of job-seeking young individuals in India after Independence has always been on a high. The rate of unemployment in February 2018 has increased to 6.1% as compared to 5% in January 2018. It is essential to understand that the rate of unemployment in February was noted by CMIE to be the highest in the past 15 months. The CMIE further confirmed that the rate of unemployment had been gradually increasing in the last 15 months. It was as low as 3.4% in July 2017. India will face a yet another jolt of unemployed youth with a new batch of students is set to pass out from college in May 2018. The number of job creation in 2018 is limited to an estimated 600000 while there is about 31 million unemployed youth in India as of February 2018. 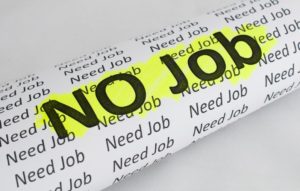 Cause of sudden unemployment in India 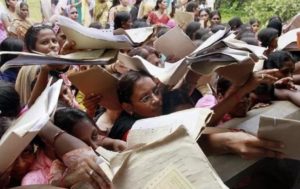 Attempts made by the government

Schemes such as Mudra loans and Deen Dayal Antyodaya Yojana National Urban Livelihoods Mission (DAYNULM) were several attempts of the government of India to counter the problem of increased rate of unemployment among educated and skilled individuals. Compared to the number of unemployed youth, these attempts made by the government have achieved too little.

Impact of increased unemployment for the government

Many people believe that one of the biggest opponents of BJP in the general elections of 2019 will not be the opposition and its leaders, but it will be the lack of jobs for youth in India during his tenure as prime minister from 2014 to 2019. If the current government fails to create sufficient jobs, which is largely the case so far, then Mr. Modi and his campaigners will have to face the possibility of the first voters (more than 133 million) to turn against the government. 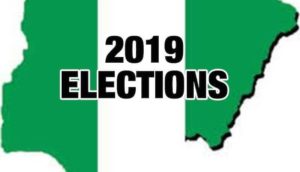 Going by the available data so far, the rate of unemployment in India has gone up in four years of Modi rule. The government of India should first acknowledge the problems at hand else a crisis is in the making.