Due to partition of Bengal, East Bengal and Assam at the time of independence of India in the year 1947, some specific areas were struggling with internal conflicts. In order to control and deal with the situation in distributed regions and help to maintain law and order, the Indian army is provided with some special power under AFSPA, which is collective name given to several arms acts. It is considered by many experts as a controversial piece of legislation that vastly confer powers on the army that are posted in some of the disturbed areas such as Assam, Manipur, Arunachal Pradesh, etc. of India. 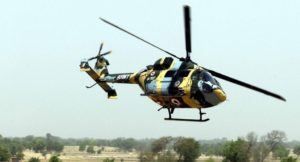 The Indian army claims that they need AFSPA to control and handling insurgencies spread in the north-east region of India. But critics of this act had cited many cases of abuse in last 60 years. The act drew first attention when it was implemented in Manipur and Assam in the year 1958 to handle the Naga insurgency and maintain law & order in the north-eastern regions of India. Heated debate on this act started since its inception and had been raging since 1958. Should AFSPA remain in force, be revoked or at least revised? What has this conversational arms act achieved in last 60 years of disturbed areas of north-east, specifically in Nagaland, Assam, Manipur and Arunachal Pradesh? Where is this act in special arms effect? 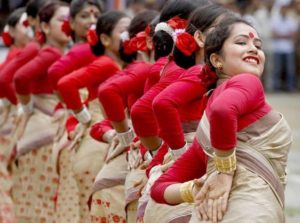 What type of power given to the army officers during AFSPA?

An army officer is allowed to open fire (even if it causes death) or use any kinds of force after giving due warming.

They can arrest anyone without the need for any warrant

They set immunity to enter and search any premise for making an arrest or to recover any person wrongfully restrained or any arms, explosive substances or ammunition and seize.

They can destroy any arms dump and hideouts

They can also destroy any shelter or training camp from that armed attacks are made or can be made by the armed volunteers. They can search and stop any vessel and vehicle reasonably suspected to be carrying such weapons and persons. Army officers have legal immunity for all their actions. Besides, there can be no prosecution or any other legal proceeding against anyone acting under arms act.

AFSPA has been under criticism from the human rights, be it the protesters out on candle marches against this act in New Delhi and many parts of north-east in last 60 years or be it the ending the hunger strike of from Sharmila in Manipur. Hundreds of Manipur families filled plea that more than fifteen hundred cases of fake encounters have taken place where the armed forces killed people under AFSPA. The supreme court of India said in its landmark and historical decision that all the encounters carried under this particular arms act by armed forces including the police should be subjected to inquiry. For removal of this act from north-east as well as Jammu and Kashmir, many human right activists are demanding its replacement or at least revision. 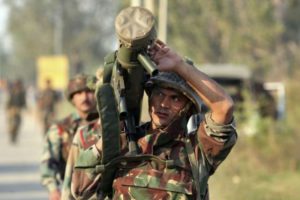 What supreme court of India said in its hearing against the pleas of 1528 fake encounters committed by armed forces(remember it is just an allegation)?

In an 85 page judgment, a bench of justices U.U Lalit and B. Lokur said:

“It does not matter whether the victim was a common person or a militant or a terrorist, nor does it matter whether the aggressor was a common person or the state. The law is the same for both and is equally applicable to both… This is the requirement of a democracy and the requirement of preservation of the rule of law and the preservation of individual liberties”.

Our armed forces operate in challenging circumstances, and they need special acts to handle and maintain insurgencies. So, it is very essential that this act needs to continue for treating armed rebels in disturbed regions such as Nagaland, Assam, Manipur, etc. and maintain law and order. However, the act needs some revision, especially the clause that extends immunity to the armed force. The special arms act requires more good provisions so that anyone (even an army officer) does not take away the right to life of the innocent people. Disturbed areas are eligible for more funds from the central government. More funds mean more opportunity for certain political individuals to make money through corruption.

One Thought to “ARMED FORCES (SPECIAL POWER) ACT IN NORTH-EAST: A MISUSED POWER OR A NECESSITY”