Also known as the iron lady of Manipur, Irom Chanu Sharmila is a civil right activist who went on for hunger strike for more than 16 years against the AFSPA (special arms act followed in the area of northeast India). It started fasting on November 2nd, 2000 and refused food and water for nearly 500 weeks, which is one of the most extended hunger strike by an individual in the history of the world. He finally ended her fast on 9th August 2016 to protest the murder of ten innocent civilians in Malom, Manipur, the Iron lady of Manipur began her fast. 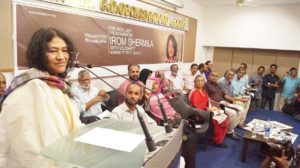 What was the Malom Massacre?

One of the Indian paramilitary forces operating the northeast state of Manipur, Assam Rifles allegedly committed the Malom Massacre where ten men were allegedly killed. At the time of the incident, the iron lady of was only 28 years of age, and she began her famous fast with a simple demand for repeal of the special arms act known as armed force special act, in short AFSPA. 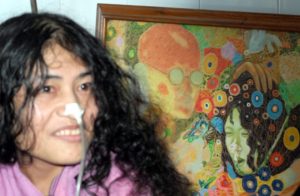 What should we all know about the iron lady of Manipur?

Born in the year 1972 on 14th March, she is popularly known a “Mengoubi,” which translate into the “the fair one.” She is active political activists, civil right activist, and poet from the northeast state of Manipur. Gwangju Prize for Human Rights was given to Irom Chanu Sharmila in the year 2007. This well-known and reputed award is given to an extraordinary individual or organization that is active in advocacy and active promotion of human rights, democracy, and peace. She was awarded the Mayillama Award of the Mayilamma Foundation in 2009 for her human rights works in Manipur. She won a lifetime achievement award from the Asian Human Rights Commission in 2010. Rabindranath Tagore Peace Prize of the Indian Institute of Planning and Management was also won the Irom Chanu Sharmila for her extraordinary work in the field of human rights, peace, and democracy in Manipur. She was declared as Prisoner of conscience by the Amnesty International in 2013 for our work in Manipur. For all these years during her 16 years fast, she was being fed through a nasal tube. Soon after we broke her fast, she announced that she would contest elections in the northeast India of Manipur in the upcoming election in year 2018.

Last year after she broke her fast, she announced that she would be contesting the election and formed a party known as Peoples’ Resurgence and Justice Alliance (PRJA) party. She lost the election very poorly and was able to secure only 90 votes from the voter who were frustrated with the 15 years rule of the Congress party in the state where she was not able to convert her popularity and international frame into votes and political benefits. 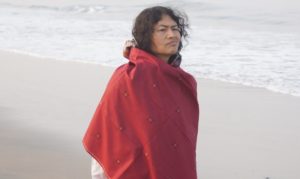 As per a recent survey conducted in the state of Manipur just before the election, the voter was appeared to swing between the BJP and Congress, but they never consider as PRJA as a better political alternative. It is vital for us to understand that the loss of the iron lady was the reflection of her immense popularity in the state of Manipur but her shortcomings as a political representative for the people of Manipur. Before and after the election, several surveys concluded that very few people in Manipur were fully aware that she is really contesting the election. Moreover, the majority of voters in the state of Manipur were fully convinced that she could be an elected representative. She may have underestimated how general election in India are fought although she has explained that her decision to enter the world of politics was an effective means for her to find more viable and suitable alternative to get the government of India to repeal AFSPA. Since 1958, it has been taking thousands of lives in Manipur.