India was expecting 8 percent growth which has not been achieved yet. However, it should be a matter of worry. In fact, the projected GDP growth of India is over 7 percent should be considered as the incredibly fast growth rate. As per ADB Chief Economist Yasuyuki Sawada, the people of India should not worry about not achieving 8 percent growth. Instead, it should focus on increasing domestic demand by reducing the income inequality. Growth in India is driven more by its domestic consumption, not by the number of exports. As per the Chief Economist of the Asian Development Bank, India is likely to remain the fastest growing Asian nation with 7.3 percent growth in 2018-19, which will be 7.6 percent in 2019-20. However, the growth rate was 7.1 percent in 2016-17 FY. 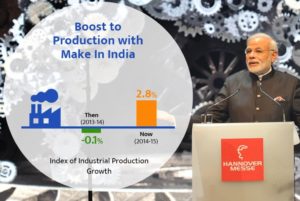 India’s economic growth is driven by domestic consumption. “7 percent growth is amazingly fast. If a 7 percent growth continues for ten years, then that economy’s size doubles. So that is super-fast growing growth rate. And being one of the largest economies in the region, achieving this 7.3 percent this fiscal and next year, 7.6 percent, is really amazing,” he said in an interview with PTI. He also thinks that the tapping the broadening market will play an important role in order to achieve tapping the broadening market will be important to achieve twofold growth.

As per Economic Affairs Secretary Subhash Chandra Garg, India’s economy, which is currently sitting on USD 2.5 trillion, is on track to double the size. Yes, the size of the economy will be USD 5 trillion by 2025. Paytm chief Vijay Shekhar Sharma has supported this. Even though it is a challenging job to be achieved, India is moving towards the line of 8 percent. Hence, India’s growth, which is driven by private consumption and investment, is ready to get the twofold economy in next ten years.