There was a time when princes of Kota were sent to Ajmer to study in Mayo College, but the scenario has taken a 360-degree turn. Now, Kota has turned into the go-to destination for young IIT-JEE and NEET-UG aspirants. Millions of students from all corners of the country are arriving in this city for education. Every year, around 2 lakh students move to Kota for their engineering or medical coaching. Hence, Kota has become the Coaching Capital of India. 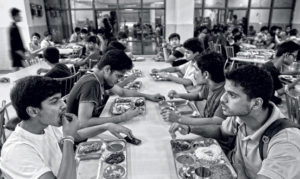 The aspirants from this city are capturing more than 30% of the seats including all competitive exams. Isn’t it sufficient to tell the story of Kota’s coaching proficiency which is occupied by 150 coaching institutes, including Akash Institute, Bansal Classes, Brilliant Tutorials, Vibrant Academy, and Career Point? The coaching business in Kota was started in 1985 with the establishment of Bansal Classes Pvt Ltd. The coaching facility, fees, and outcome are moving parallel. Every single coaching centre is equipped with air-conditioned classrooms and extravagant libraries. Kota’s coaching industry business is also growing. Can you imagine the turnover of the Chambal River adjacent city was 1.5 billion INR in 2017?

Naveen Maheshwari, Allen Career Institute director, expressed, “Aspirants of those states which earlier used to conduct their separate State Pre-Medical tests or would give admission on class 12th marks are now expected to rush to Kota as now they will also have to sit in NEET for which they will need coaching and Kota has the best expertise in country for medical coaching. Although admission process is in initial stages admissions of NEET aspirants have doubled in our institute.” As per a report published in Hindustan Times, around 60,000 students were NEET-UG aspirants out of 1.25 lakh aspirants (in 2016) from different coaching institutes of Kota. Before the introduction of the NEET-UG exam, around 85% seats were given on the basis of State PMTs or class 12th marks, and 15% seats were given on the basis of All India Pre-Medical Test. In 2017, Kota claimed all 10 positions in the top 10 of All India Institute of Medical Science (AIIMS) entrance. And all the top 10 ranks were from one coaching institute in Kota. Kota has retained its position as India’s coaching hub and repeated the success story in 2018. This year it created history by securing 9 of top 10 ranks. 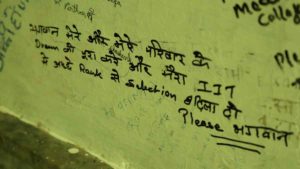 On the opposite side, the city has become a hotbed of student suicides. More than 55 students killed themselves in last four years. Self-harm, bullying, acidity and anxiety, substance abuse, loneliness, sleep-related issues, extra study pressure, sexual experimentation, possibility of pregnancy, and drug addiction are the main reasons behind the huge number of suicides in Kota. However, parental expectations and failure in exams are another much reasons behind frequent suicides.