The Golden City of India lies in the heart of the Great Indian Desert, Thar Desert. The city is positioned in Rajasthan; it was established by Maharwal Jaisal Sing Rajput in 1156 AD. The yellow stand stone and the yellow sand have used in almost every single architecture of Jaisalmer – The Hill Fort of Jaisal. The city which is located 600 kilometers for from Jaipur offers hot and dry weather in the daytime but the nighttime temperature falls. 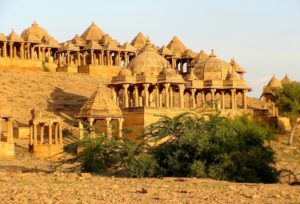 People of Jaisalmer are cheerful, friendly, supportive and carrying high tolerance capacity. However, the life of desert people is very difficult as compared to the life in other cities. Jaisalmer is well-known for its art-work, architecture, traditions and culture. The folk music and classical music is very famous in Jaisalmer. Today Jaisalmer is one of the major tourist destinations of India. The Golden Fort built by the rural Maharaja Jaisal on Trikoota Hill. Its wall is made of yellow sandstone and strong. Its walls yellowish-brown lion color as the sun sets, turning to amazing honey-gold.

This scene is the attraction of many tourists in the fort. Jain temple, Lakshmi temple, and Raj temple are the major attraction inside the fort. A considerable portion of old Jaisalmer’s population (nearly one fourth) still resides within the fort. The famous Indian filmmaker Satyajit Ray wrote a novel after turned into a film Sonar Killa which is based on this fort.

The Jain community has enhanced the place Jaisalmer greatly. This city offers marvelous temples, especially the temples dedicated to 23rd Tirthankara, Parshva and the 16th Tirthankara, Shantinath which all counts for the beauty of the Jaisalmer. We can see the crowds Amarsagar, Lodarva, pokharan and Brahmsar are the significant places in Jaisalmer. Desert festival of Jaisalmer is the most awaited festival. It culturally dominates the powerful sand of Rajasthan and Camel Races. It is held in February and three days long cultural festival every year. The desert festival show of Rajasthan culture folk song and dance. As it is representing the rich culture of the city, it is very popular festival among the foreign tourists. They are representing the rich culture of the region. Jaisalmer is also famous for its dunes. Royal palaces, rich cultural heritage, healthy food, and endless opportunities to shop are giving true desert travel experience to the travelers. Camel safari is the other thing which is likely to take your breath away. 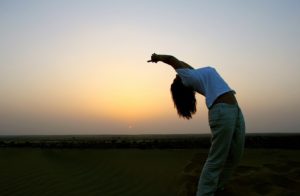 In Jaisalmer War Museum is an establishment of Indian army in August 2015. It shows the courage of Indian army from 1965 to 1971 war against Pakistan. Gadisar Lake is man-made Lake. This was initially the prime resource of water supply to Jaisalmer city. Shrines and temples surround time of the Rawal Gadsi Singh in 1367 made by Rainwater Lake. It is famous for its scenic beauty.

One Thought to “JAISALMER – THE GOLDEN CITY OF INDIA”