Placed at a distance of 23 km north of Ahmedabad, Gandhinagar is the new capital city of Gujarat with the tag of the cleanest city in Asia. Architect H.K Muwada planned the second planned city of India (after Chandigarh). The birth place of Mahatma Gandhi is perhaps the most beautiful city of the Gujarat state; its 95% population is following Hinduism. The city with green fields and clean roads is also the political capital of the state of Gujarat. It offers pure and fresh air to breathe. 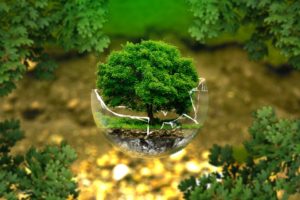 This city has seen progress in every, whether it is industrial sector, educational sector, travel sector or transportation sector. Akshardham Temple, Swaminaryan Temple, and Indroda Nature Park are main attraction of the city. Now Gujarat government has decided to start metro link express from Gandhinagar to Ahmedabad.

Sabarmati River, originates in the Aravalli Range, is one of the major west-flowing rivers in India. It travels 371 km (323 km is in Gujarat) to meet the Gulf of Cambay of Arabian Sea. Lord Shiva brought Goddess Ganga to Gujarat and that causes Sabarmati River (its ancient name was Bhogwa) in adherence to religious beliefs. This river, which flown through Ahmedabad and Gandhinagar, is one of the least polluted rivers in India. Mahatma Gandhi had established Sabarmati Ashram on the bank of this river.

Gandhinagar is India’s tree capital as 54% of its land area (5700 hectare) is covered by green. The Gujarat capital has about 22 trees per person. There are 416 trees for every 100 people in the city which is more than any other city in the country. The social forest department gives the authorities Municipal Corporation and Urban development authorities. There are 32 lakh trees according to the forest department in Gandhinagar. They made 35 species including Neem, Pipal, Gulmohar, Banyan, Mahua and Rhine.  It is 56 square kilometer. 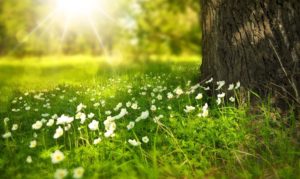 The forest survey of India Chandigarh 14.9, Delhi 11.9 and Bangalore 18.9 is green cover. There are many as 8.66 lakh tree in the state capital. Islamabad‘s record of 325 trees per hectare and Gandhinagar find there were 425 trees per hectare. Today Gandhinagar is the greenest capital in the world. As we all know, green environment is good for health. Last three years in Gandhinagar no healthy monsoon, ground water already gone below 800 feet leaving the trees high and dry. The only one solution is implementing water harvesting and conservation programs.

3 Thoughts to “GANDHINAGAR – THE GREEN CAPITAL OF INDIA”