Fondly known as the city of Tehzeeb (culture) or the City of Nawabs, the capital of Uttar Pradesh has derived its name from Lakshman, younger brother of Lord Ram, according to popular belief. It is believed that Lord Rama had ordered Lakshman to establish a town that today is known as Lucknow. In addition to being called “City of Nawabs”, this city is also known among historians as Shiraz-i-Hind, the golden city of the east, and The Constantinople of India.

The dance forms and musical traditions of this culturally vibrant city continue to make their presence felt on the cultural fabric of India. This city has always been a city that was filled with various cultures and is known for its politeness and royal Nawabi cuisines. This city is known among famous historians for Urdu poetry (Shayari), music, fine-cuisine, polite mannerisms, and beautiful sprawling gardens.  It offers unique features to travellers from different parts of the world, which is a perfect combination of modern growth of new mannerisms and rich ancient nawab culture. 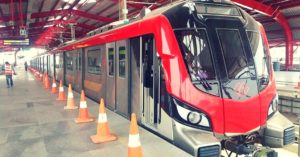 Lucknow is known as one of the essential cities of the country that is now emerging in different sectors like commercial, retailing, and manufacturing yet it has still kept its old world charm entirely intact. Many historians around the world consider this city as of the finest cities of this country in terms of food, poetry, mannerisms and culture. Many cultural traits of this beautiful city have become the landmarks of “tehzeeb”, and it has a great feel and is an amalgamation of warmth manner, courtesy, complete sophistication, and a fine taste in the standard of living. 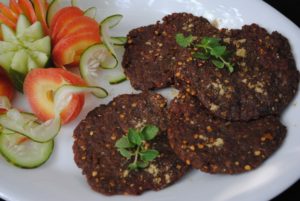 The nawabs of this region should be credited for dance, music, literature, drama and Urdu poetry. Unique-Nawabi style, which is known as the Awadhi cuisine are famous and world-renowned for kebabs, biryanis, and nahari-kulchas, roomali rotis and warqi paratha. The specialty of this region is mouth-watering kebabs such as Tunde ke Kebabs and Kakori Kebabs. In addition, this place is considered by many food lovers as a paradise of food lovers due to the presence of a delicious range of kebabs such as Shami Kebabs, Galawati Kebabs, Boti Kababs, Patili-ke-Kababs, Seekh Kebabs and Ghutwa Kababs. 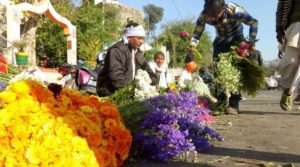 Roomi gate, Bada Imambada, and Shah Mina Shah are some of the well-known tourist attraction of this beautiful city. Besides, the Tare Wali Kothi, Dilkusha, Khursheed Manzil, and Satkhanda are some of the destinations that had attracted tourists from different parts of the world. Some of the other famous tourist attractions of this city are Shahi Baoli, Nadan Mahal, Banarsi Bagh, and Chattar Manzil.

Best time to visit this city

October to March is considered by many historians as the perfect time for someone to visit and explore the plentiful food, culture and diversity of this place. The other months of the year witness either extremely hot & humid summer or extremely chilly winters. It is essential to understand that this city is well-connected with trains, flights, railways and other modes of transportation so that any traveller can easily visit and explore this beautiful city of India.

4 Thoughts to “LUCKNOW – THE CITY OF TEHZEEB, KABABS, AND NAWABS”