The city called Surat was founded by a Brahmin named Gopi, and he named the area Surajapur or Surajpur. The name of the city had become Surat in 1520. England established the first Indian trading factory in the city which is crowned as the 4th cleanest city of India. Home to nearly 6 million people, Surat is one of the world’s fastest-growing cities.

Surat, the IT hub, hosted India’s first Microsoft Dream sport Yatra and this event was organized by Ex Microsoft student Partner Zanbharia. In 2009, Municipal Corporation built a multi-facility complex which features a science centre, a museum, an art gallery, an auditorium, a planetarium and an amphitheater. Many languages are spoken in Surat such as Tamil, Gujarati, Hindi, Marwari, Sindhi, Marathi, Odia and Telugu. 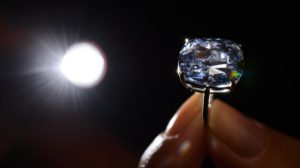 Interestingly, Surat offers the world’s largest diamond processing industry. It is arguably world’s largest diamond cutting and polishing hub. This city is creating a diamond exchange centre. The Gold Souk of Dubai and Dubai multi commodities centre to help with Gujarat government in the establishment of diamond bourse in Surat. Transportation, certification and insurance are three cost factors of diamond processing.

India, after the United States and China, is now the world’s third-largest diamond consumer. Diamond weights small, but the diamond industry has increased its annual turnover to USD 28 billion. Currently, six lakh workers are employed in the diamond industry. 99.99% of India’s diamond and 90% of world’s diamond are being polished in the diamond capital. Along with polishing, the city also exports 90% of India’s total diamond. But a significant portion of the raw materials is not produced in India, mainly coming from Africa. Surat is also the largest diamond manufacturing hub in the world. Out of 10 diamonds in Manhattan 9 is from the Gujarat city. Earlier many firms in Surat were polishing diamonds, not selling. Today, with the movement of time, these companies are not only polishing diamond but also engaged in selling and trading.