Varanasi holds the same significance to Hindus as Mecca is to Muslims and Jerusalem is to Christians. It is essential to understand that the Hindu faith has entitled seven cities as the holiest, which are also known as Sapta Puri. These cities include Dwarka, Kanchipuram, Ayodhya, Haridwar, Mathura, Ujjain and Varanasi. Popularly known as many Hindu philosophers as the religious or spiritual home of India, this city is positioned on the bank of Ganga River in Uttar Pradesh. Varanasi gets its name from two holy water bodies located in Uttar Pradesh, which are known as Varuna and Asi. It is believed that the Lord Shiva himself founded this holy city. Also known as Banaras, this holy city of Hindu has a vibrant mythological past that just significantly adds to the spiritual element associated with this city. This city is still visited by a very huge number of people not only from India but their parts of the world seeking to fulfil their religious wishes and salvation. 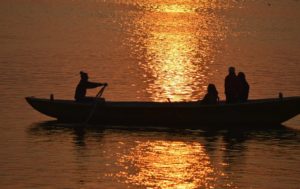 This city has a plethora of important sites for people following all kinds of religions. Some of the places to visit in this city consist of Temples of Varanasi, Sarnath, Ramnagar Fort, Ghats, and Gyanvapi Mosque.

One of the most recognizable and prominent attributes of this holy city is the famous Ghats, which are long steps built on the banks of the river Ganga that efficiently passes through the holy city of Varanasi. Different types of rituals are performed at these Ghats. Some people considered the Ghats of this city as the holiest cremation grounds. Moreover, it is also important to understand that these ghats are popular to perform different types of aartis there. Due to popular belief, it is believed that if a person takes a dip in the river near these ghats cleanses a person of all their sins. Some of the most popular Ghats of Varanasi are assi ghats, manikarnika ghats, and dassashwamedha ghats. All the ghats are located very close to each other. 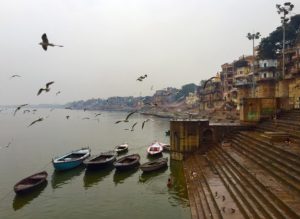 Served as the residence of the various kings of Varanasi, this fort was built in the 18th century and is located on the eastern banks of the river Ganga.

The popular temples located in this city make it the religious capital of India. It is also known as the city of temples. There are different temples located in this city for various gods worshipped by the Hindus. Kashi Vishwanath Temple, Sankat Mochan Temple and Durga Mandir are some of the popular temples that every tourist must visit when they visit this holy city.

Best time to enjoy the spirituality of Varanasi

4 Thoughts to “VARANASI – THE SPIRITUAL CAPITAL OF INDIA”