Bhagalpur, the 3rd largest city of Bihar, is a major educational commercial and political centre. The city under the Smart City Mission is located at 141 feet above the sea level. It is very fertile and offers crops include wheat, rice, barley, maize, and oilseeds. Having a rich and antique past culture, the city is known for its variations in monuments, artificial, painting, music, folk, dance from and folklore. There are a number of writers, poets, and artist and musician hall from this city. Bhagalpur Museum contains the cultural representation of the past. Paika and Jhijhian are the oldest dance forms of this region. There are a number of folk songs which are performed by women of the region. Bishahri Puja is a big festival celebrated here and women sing folk songs and worship Goddess Bishahri. 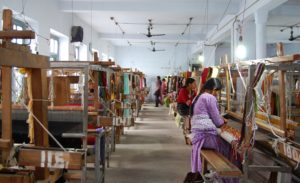 Bhagalpur is considered as Silk City

Has been associated with the silk industry for many years, the city is known as the Silk city of India. It is very famous for its Tussar silk and Bhagalpur sarees throughout the country. The Silk Institute and Agricultural University are also located in the city. The government of India has established a handloom park in Bhagalpur. Tussar is valued for its creamy texture and natural deep golden colour. The silk fabrics from Bhagalpur and there are a lot of different varieties of blended cotton fabrics are cotton silk, cotton linen, cotton viscose are all hand wavers in Bhagalpur.

Bhagalpur silk is known for its unique quality

The Bhagalpur silk is much known for its unique and outstanding and superior quality. The artwork showcases the original effect of its purest and flawless from the Bhagalpur. Bhagalpur silk industries are 200 years old. There are more than 35000 handloom weavers, with the 25000 looms lives in the city. 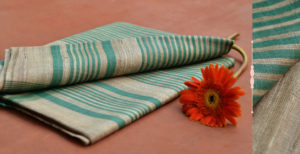 Bhagalpur silk trade of is near about 100 cores annually

The Bhagalpur silk trade is close to 100 cores per annum, 50 % domestic and 50% export in the market. The industry makes 2 million meters of silk in a year. The one lakh people work in the process of separating silk from the cocoons. There are many specialities and verities out of the beauty of this artwork like Katia, Giccha, Eri, and Mulberry. There are verities are known to give the fabrics a rich and a royal outlook. This fabric is famous both in the domestic and international market. The Bhagalpur is the second highest production and export of silk fabrics. The silk fabrics are being exported to other countries like West Asia, Europe, U.S and Japan. The outfit design with exclusive silk fabric popularity in Ramp shows and Fashion Week. The fashion designers from India are also using Bhagalpuri silk in their latest collection. 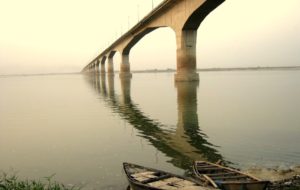 3 Thoughts to “BHAGALPUR – THE SILK CITY OF INDIA”