Pataliputra was the largest and most populous city in the world during the peak of the Maurya Empire. It reached the pinnacle of prosperity while serving as the capital of Chandragupta Maurya and Ashoka the Great.

The capital of Japan Tokyo is currently the largest and most populous city in the world, but there was a time when Indian city Pataliputra had been maintaining the same status. Magadha Emperor Udayin founded the city adjacent to modern-day Patna in 490 BCE as a small fort near the Ganges River. It then served as the capitals of Shishunaga Empire (413–345 BCE), Nanda Empire (345–320 BCE), the Maurya Empire (320–180 BCE), the Gupta Empire (320–550 CE), and the Pala Empire (750–1200 CE). It became the world’s largest and most populous city during the Maurya Empire (320–180 BCE). Maurya capital Pataliputra was bigger than the glorious Italian city Rome in that era. Here we go with world’s biggest cities in different periods. 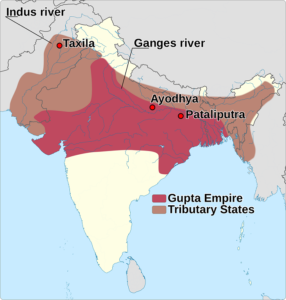 “Two parts of his report have attracted special attention: his description of the imperial capital, Pataliputra, and his account of the seven strata of Indian society which he observed there. Pataliputra was fortified with palisades. This fortification was shaped like a parallelogram measuring about 9 miles in length and about l.5 miles in breadth, and it had 570 towers and 64 gates. The circumference of Pataliputra was about 21 miles, and thus this city was about twice as large as Rome under Emperor Marcus Aurelius. 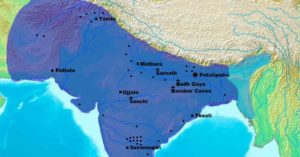 If this report is true, Pataliputra must have been the largest city of the ancient world” Dietmar Rothermund and Hermann Kulke wrote in the ‘History of India’ which is highlighting the Megasthenes and Mauryans Kingdoms.