Home to IPL Mohali franchisee, Kings XI Punjab, The Punjab Cricket Association Inderjit Singh Bindra Stadium is blessed with a seating capacity of 26,950 people. Its establishment, done by Ar. Khizir and Associates, Panchkula and constructed by R.S. Construction Company, Chandigarh, took around three years and 25 crores to be completed. India played against South Africa during the Hero Cup on 22 November 1993 as the inauguration match of this relatively new Test cricket venue in Punjab. The 16 floodlights used in this stadium are different from the floodlights used in other Indian stadiums. These low-height floodlights are ideal to avoid aircraft from nearby Chandigarh airport colliding with the light pillars. 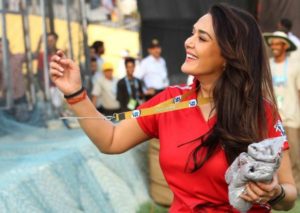 Pitch Report: The home ground of IPL Mohali franchisee is spin-friendly. Its pitch is lively and supports the pace bowlers for a long time. Blessed with the lush green outfield, the Mohali pitch is considered as one of the greenest pitches of India. It generally becomes a batting paradise in the late hours of a game.

One Thought to “The Punjab Cricket Association IS Bindra Stadium”