Bhimavaram, a travel-friendly city in Andhra Pradesh, is a part Eluru Urban Development Authority. The name Bhimavaram means “The Gift of Bhīma”. Located in the epicenter of the Godavari Delta Region, the city is the agriculture-based and rich in food processing industries, aquaculture-based industries, rice mills etc. It is popular for higher education and specialized health service. Bhimavaram is well known for its high lifestyle and the economic circulation. Sankranthi is the main festival of the city. The people living in Bhimavaram are also crazy about seeing the cockfight. Some of the famous cinema industry faces from Bhimavaram are Sivaji Raja, Trivikram Srinivas, Permatas Subbaraju, Sunil, Prabhas, and Raja Ravindra. 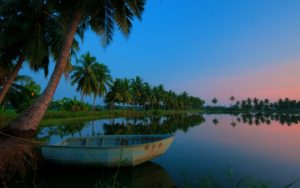 How to reach Bhimavaram?

What are the famous places in Bhimavaram?

What are the famous places at Bhimavaram for Cockfight? 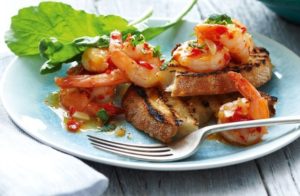 Why is the famous West Godavari for visit?

West Godavari of Andhra Pradesh as the “Rice Granary of India” and 50 percent of production is here. Eluru West Godavari district one of the oldest hubs for handmade woollen pile carpets. Narasapuram crochet is known for its of lace product. Its product is exported to Japan, Europe, and the U.S.A. West Godavari alone 75 thousand acres of aquaculture and export fish and prawn to Japan and the U.S. West Godavari is very developed in terms of living condition. It was found 93.2% to electricity and 95.1% to drinking water.

Why is Bhimavaram called the city of Prawns?

Today Visakhapatnam and Bhimavarm in Andhra Pradesh as the centre of excellence in seafood and aqua export, union commerce, and industry minister Nirmala Sitharaman. The aquaculture encompasses a number of activities like traditional extensive fishers management in large bodies of the freshwater pond such as lakes and reservoirs in small tanks and ponds. The growth has also been stimulated and support by modern scientific research. The current world production of 5 million tons of fish may be increased by seven to ten by the end of this century due to the aquaculture practices.