Ahmedabad or Amdavad, which is located on the banks of the Sabarmati River, is the largest city of Gujarat and the fifth most populous city of India. The second largest cotton producing city has emerged as an important economic and industrial hub. The city celebrates a wide range of festivals including Uttarayan (annual kite-flying day), Rath Yatra, Deepavali, and nine nights of Navratri. The 606-year-old city is carrying the tag of India’s first World Heritage City as it joins Cusco (Peru), Rhodes (Greece), Sintra (Portugal), Bergen (Norway), Chengde (China), Zanzibar (Tanzania), Oaxaca (Mexico), and 279 other. 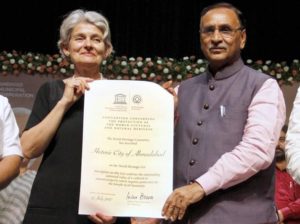 What did UNESCO say?

In 2017, the members of the World Heritage Committee of UNESCO had visited the city founded by emperor Ahmed Shah. Ruchira Kamboj, India’s permanent representative to UNESCO, tweeted “Thrilled to announce! Ahmedabad has just been declared India’s first #WorldHeritage city by @UNESCO.” She then added, “The journey began in 2010 when Prime Minister Narendra Modi proffered the dossier of Ahmedabad to UNESCO.”

The walled city of Ahmedabad, which is spread over 5.43 sq km and 3.75 to 4 lakh population, was preferred over Mumbai and Delhi during the nominations last year. “It started as a small step in 1996 when we started the heritage cell. Since then we have people dedicated to heritage management… We will now have to ensure that we perfectly maintain the 2,600 odd heritage sites in the city,” Mukesh Kumar, the Municipal Commissioner of Ahmedabad, said. Gujarat CM Vijay Rupani and BJP’s national president Amit Shah were delighted to know that Unesco has declared Ahmedabad as World Heritage City. 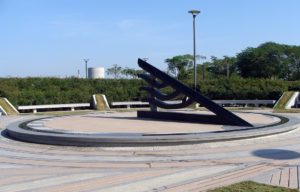 Ahmedabad is a booming centre for business

Sultan Ahmad Shah, just after the establishment of the city, invited weavers, craftsmen, and merchants to come here to turn it into a booming centre of commerce. Indian Institute of Management Ahmedabad is a burning example of the trading attribute of the city which was flourished in the 15th century. Ahmedabad connects Rajasthan and Delhi in the north, Sind in the west and the ports of Cambay, Malwa in the east, and Surat and Broach in the south. 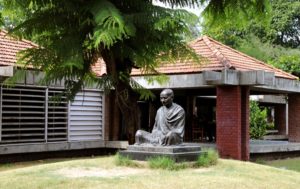 Ahmedabad was the centre for Gandhi’s freedom struggle

Sabarmati Ashram, which was established on the banks of River Sabarmati by Mohandas Karamchand Gandhi, is a special offering by India’s first World Heritage City. The Ashram is spread over a land of 36 acres where Great Indian independence movement leader lived for 12 years. Gandhiji relocated to the newly built Sabarmati Ashram from Kochrab Ashram. Sabarmati Ashram is also known as Satyagraha Ashram, Gandhi Ashram, and Harijan Ashram; and Gandhiji relocated from his first Ashram, Kochrab Ashram. He then started a school which was concentrating on the educational streams related to country’s self-sufficiency. ”To other countries, I may go as a tourist, but to India, I come as a pilgrim,” said Dr Martin Luther King, who drew much of his inspiration from Gandhi.