AMRITSAR: The city of the holiest Sikh pilgrim

Planning to visit Amritsar? Great idea! You must visit this city if you are an enthusiast of brotherhood and selfless humanity service introduced by Sikhism; it is located in the northwestern portion of India. Historically known as Ambarsar and Rāmdāspur, it is among the heritage cities for HRIDAY – Heritage City Development and Augmentation Yojana scheme. Not only the followers of the Sikh religion, but Buddhism followers also love to visit Amritsar. Nearest cities Lahore and Kasur were founded by the sons of Lord Rama, Lava and Kusha, respectively. So, it has an influence on Hinduism as well. You can also visit this city if you are interested in exploring the hidden truths of the Jallianwala Bagh massacre done under Brigadier General R.E.H. Dyer on 13 April 1919.

Which are the famous religious places to visit in Amritsar?

Which are the famous landmarks to see in Amritsar? 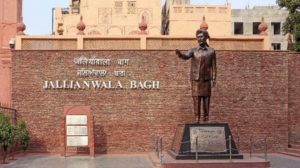 Which are the best shopping destinations in Amritsar?

Which are the nearest airports to reach Amritsar?

Which are the famous hotels to stay in Amritsar?

What is the best time to visit Amritsar?

Amritsar, which is located with an average elevation of 768 ft, offers a semiarid climate to the residents and thousands of visitors. The winter season lasts December to early March; it offers a temperature range of 0°C to 15°C. More than 50% of visitors visit this city during the winter season. October to November is another great time to visit this city as it is considered as the post-monsoon season. July to September represents the rainy with an average temperature of 681 millimetres. The temperature reaches 42°C in the summer season; i.e., April to June. You should avoid visiting the city of Golden Temple during these months, especially when you are not inclined to the summer heat.

We all are familiar with the prominence and popularity of Golden Temple or Sri Harmandir Sahib which has the holy scripture of Sikhism inside it. Completed in 1589, the most celebrated shrine of Sikhism was introduced as a place of sublime peacefulness by the fifth Sikh Guru, Guru Arjan. The temple plated with gold was nominated as a UNESCO World Heritage Site and pending on the list of provisional sites. Maharishi Valmiki, the writer of holy Ramayana lived in this city in the early centuries. A group of Historian believes that the Amritsar-based Bhagwan Valmiki Tirath Sthal is actually the Ashram site of Maharishi Valmiki. In accordance with the Sanskrit Epic, Princess Sita gave birth to Lava and Kusha, sons of Lord Rama at Ramtirth ashram. Buddhism followers say, Lord Buddha meditated at Golden Temple. Yes, it is a story of 2500 years back when the founder of Buddhism, Siddhārtha Gautama, came to live and meditate in this holy lake surrounded by a quiet forest. According to them, philosopher-saint Guru Nanak followed the footprints of Lord Buddha, consciously or unconsciously. So, this world-famous tourist attraction represents Sikhism, Hinduism, and Buddhism equally. Book your ticket today!