When the Bulandshahr’s Taj was making the headlines, Akhilesh Yadav, the former Chief Minister of Uttar Pradesh, called the 83-year-old retired postmaster to Lucknow for a face-to-face meeting. The CM was intended to offer funds from the government to complete the structure and get the marble work done. It was a story of 1953, when Faizul Hasan Qadri married to Tajamulli Begum. The two, who had married in 1953, were childless. Initiated by her regret of not being remembered, Qadri promised to make a larger-than-life tomb to be remembered by the next generations. It was the story behind Maqbara Yadgare Mohabbat Tajammuli Begum. She had passed away due to throat cancer. 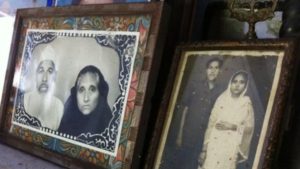 A total of 15 lakh spent in the construction of mini-Taj. The postmaster managed this amount by selling land for 6 lakh and his wife’s jewellery for 1.5 lakh. He refused the offer as he was determined to build this mausoleum with his own money. In the meeting, he also declined the proposal of founding a women’s college in his village instead. Unfortunately, the Maqbara Yadgare Mohabbat remains incomplete. In order to buy necessary marble for his monument, Qadri had saved nearly 2 lakh. “The structure is still waiting for the marble. We will now bury him beside his wife’s grave inside the same structure. I will try to get the structure completed,” said Mohammad Aslam, Qadri’s nephew. 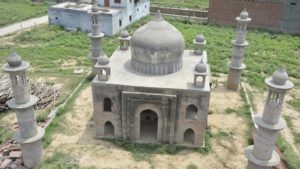 We have lost the founder of Maqbara Yadgare Mohabbat, Faizul Hasan Qadri. He breathed his last a hospital in Aligarh where he was carried after getting hit by an unidentified vehicle. The tragic incident took place when the elderly man was walking outside his house in the Kaser Kalan village. He was fond of after-dinner walk. A speeding vehicle hit the retired postmaster and rushed away. 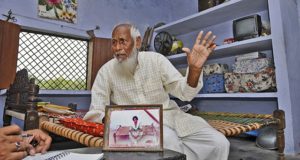 “He was taking a walk outside his house around 10.30 pm on Thursday when some unidentified vehicle hit him. He was lying injured, and I received information around 1 am. I rushed him to a local hospital and later to Aligarh where he died around 11 am on Friday. He got injured two years back as well after he had fallen from his bicycle and thereafter used a walker most of the time,” Mohammad Aslam, Qadri’s nephew, said. He has been spending his last days at a private hospital in Aligarh.