India’s growth curve is moving rapidly as the country is taking forward step in different sectors. India is now a reliving Navbharat where metro is a big project. The government is trying to connect more and more cities to the metro network. The first metro line service in India which connected Esplanade and Bhuwanipor in Kolkata in 1964. The people of Kolkata enjoyed and benefits of a metro system in today carries about 5 lakh passengers a day.

Indian cities that have metro rail connectivity in services are Delhi-NCR, Bengaluru, Mumbai, Jaipur, Chennai, Kochi, Lucknow, Hyderabad, etc. Metro rail is under construction in the cities like Noida, Nagpur, Navi Mumbai, Ahmedabad and Gandhinagar, and Pune. Rapid expansion of metro network will push the tourism sector for sure. 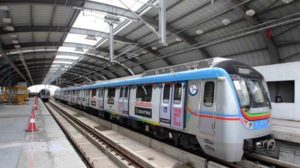 Union Minister Hardeep Singh Puri has announced a fictional metro rail network of over 500 km and over 660 km of over -coverage spread across the cities, while more than 515 km of metro line is already fictional in India. The latest aqua line introduces in January to connect Noida to Greater Noida in Uttar Pradesh. Recently Union Cabinet Committee on Economic affairs approved two projects, in Kanpur and Agra. The metro part is known Mass Rapid Transport System to provide Urban Commuters with an alternative to private transportation is changing the face of tier 1 and tier 2 cities across the country. The metro is the most convenient way of making the trip.

Bangalore metro rail corporation ltd began track laying work on reaches four extensions the total length of 6.05 km with two tracks to be completed by Oct 2019. The system work such as lying off the third rail line network is expected to start by Aug 2020. The system work is on reach 2 extension from Mysuru Road Station to Ken Geri by this month end and likely to complete by Dec 2019. 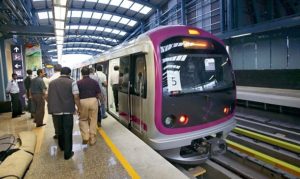 Last year the government made its intentions to clear to start a metro network in Agra, Kanpur, and Meerut by 2024. In Cabinet meeting, the government gave it’s approved to Kanpur and Agra metro projects. The Agra metro rail will have two corridors to be built at an estimated cost of Rs 8,380cores. This project will be completed in five years.

Kanpur over Rs 11,076 core will be spent to build two metro corridors like the Indian Institute of Technology Kanpur to Naubasta and the Agriculture University to Bara. The first corridor network underground is 22 stations will run 22 km and the second corridor is 8 stations will run 8.6 km. this project will be completed nearby in five years.

Meerut over Rs 13,800 core will be spent to build the metro. This city is better connectivity with national capital. It will be run 33 km long metro network. The city is residents up and down the national capital daily bases.