Muzaffarpur, the fourth most populous city in Bihar, was established in 1875 during the British Raj. This city, which is famous for Shahi Litchi and China Litchi, is known as the Litchi kingdom. The National Litchi Research centre was established in 2001. The Litchi crop is available from May and June. It crops the Litchi cover approximately are about 25, 800 hectares and producing the 300,000 tones every year. It exports Litchi to the leading cities like Mumbai, Delhi, Kolkata, etc. Bihar, including Muzaffarpur, holds 40% of India’s Litchi production. Bihar offers 38 varieties of litchi with quite popular varieties Shahi Litchi and China Litchi. However, Muzaffarpur is the biggest litchi producer in India. 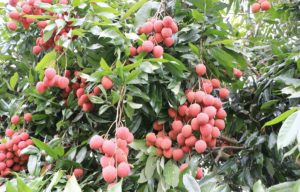 The Land of Litchi has had a series of illness

The Land of Litchi has had a series of illness reports since 1995. As per a report published by CNN in 2014, hundreds of children were admitted to hospital with symptoms of this illness, locally called as ‘chamki ki bimari’ or ‘tinsel disease’. 122 died from the disease out of 390 patients admitted for treatment.

“The synergistic combination of litchi consumption, a missed evening meal, and other potential factors such as poor nutritional status, eating a greater number of litchis, and as yet unidentified genetic differences might be needed to produce this illness. Previous research had focused on pesticides rather than the fruit itself, but the findings of our investigations might help to shed light on the cause of illness in the Bangladesh and Vietnam outbreaks,” a study done by US Centers for Disease Control and Prevention along with India’s National Centre for Disease Control said. 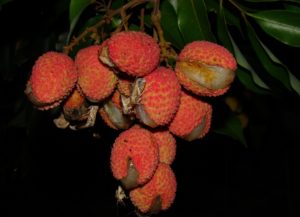 Advance rain is cutting down the litchi production

Unfavourable weather in the Litchi capital of India pulls down the litchi production by 30% which is bad news. Unfavourable weather along with advance rain is causing an early fall of the fruit resulting in a considerable decline in the average production. “Farmers need to adopt better farm management by resorting to pre and post-harvest spray,” Vishal Nath, Director, National Research Centre for Litchi, said.

5 Thoughts to “MUZAFFARPUR – THE LAND OF LITCHI”