India’s fourth-most populous state, West Bengal, is known for its creativity and rich cultural heritage. Bordered with Odisha, Jharkhand, Bihar, Sikkim, Assam, Bangladesh, Nepal, and Bhutan, this East Indian state is located on the Bay of Bengal. The capital of this Bengali-speaking state was the capital of India till 1911. Kolkata, the seventh-largest city in India, is carrying the adjectives like The City of Processions, Cultural Capital of India, The City of Palaces, and The City of Joy. 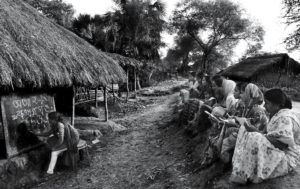 It is a well-known story that Kolkata boasts Asia’s biggest red light area, Sonagachi, but very few among us are familiar with the basic reason behind it. In the initial days, British East India Company used to bring local widows to the area for sex work. It was a time when the wives of British soldiers’ were in England. At present, more than 13,000 sex workers are associated with hundred multi-story brothels. It is assumed that a majority of them have no hope of ever getting out of the line of abandonment. Don’t you think poverty or lack of employment opportunity is the basic reason behind this huge amount? Yes, there is a world of miserable poverty in this metro city where people barely manage to eat two meals beyond the glitz of new street lights. Interestingly, the per capita income of poor Kolkata is estimated Rupees 27 a day, whereas the poor residing in Bengal’s villages are only earning Rupees 21 a day. Rupees 32 is the national per capita income in Indian cities and towns, whereas rupees 26 is the village average. 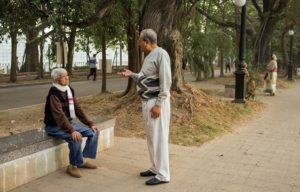 As per 2011 Census of India, more than 70,000 homeless people were living in Kolkata. West Bengal was occupying the first position concerning the number of factories and employment in the mid-60s. It was the second most industrialized state concerning value added. In 1980-82 FY, the state ranked 5th after Gujarat, Haryana, Maharashtra, and Punjab. In 2000-01, Himachal Pradesh, Andhra Pradesh, Karnataka, Tamil Nadu, Kerala overtook West Bengal, and it slipped to the 10th rank. The Calcutta Samaritans member Reshmi Ganguly Bhattacharyya said: “We are trying to hand over the Antodaya Annapurna cards to them so that they can avail of subsidized foodgrains. Though 500,000 cards are earmarked for distribution, only 1,492 cards have been distributed till now. We are trying to bring much more urban poor under the scheme.”

The city of joy is turning the city of old people

Kolkata has the largest 60-plus population in the country when other Metro Cities are growing younger as 20-year-olds are concentrating in those cities. On the opposite side, the cities like Visakhapatnam, Surat, Hyderabad, Pune, Bangalore, Delhi, Noida, and Kanpur have already taken over the city of joy with the percentage of the 20-year-old population. This fact tells us that the young people are heading out to other cities for getting a higher education of finding jobs. Kolkata, which has the least 20-29-year-old populace, has the highest percentage of 30 to 59-year-old employed people. With the breakdown of the education system and horrible job scene, the stepping out problem began in the late 1980s. 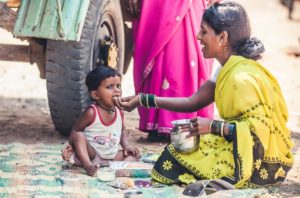 Economist Aviroop Sarkar said, ”the 20-29 year population is less in Kolkata, while the 30-59 year population is more than in other cities. It would thus be wrong to generalize that people are leaving Kolkata for jobs. Perhaps, younger people are stepping out of studies, but that’s it.’’ Kolkata’s fertility rate is lowest in India. With low fertility and better longevity, the city of joy may turn into the city of elderly. It is no doubt a matter of big worry.

One Thought to “The Expire: Kolkata is steadily turning into a city of sick and elderly”