Udaipur, the capital of Mewar kingdom in the former Rajputana Agency, was founded by Maharana Udai Singh (the father of Maharana Pratap) in 1559. The City of Lakes is located in the southern part of Rajasthan state and surrounded by the Aravali Range. As per British administrator James Tod, the city of museums, galleries, palaces, and sophisticated lake system is the most romantic spot on the Indian subcontinent. Udaipur is mainly driven by tourism, marble processing, and handicraft industry; but it is also rising as an educational hub. 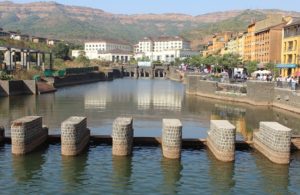 If you are living in North India, you must be familiar with the term used by the tourists from Malacca (Malaysia) to old town Manila (Philippines) – the Venice of the East. We all know Venice is world-renowned as a ‘romantic’ hotspot. Isn’t this phrase adding a sense of continental flair to the city with the lakeside paradise of shimmering marble? Famous author Rudyard Kipling used this in 1899 while discussing Udaipur in his Letters of Marque. He wrote, “If the Venetian owned the Pichola, he might say with justice, ‘see it and die’.” Interestingly, Srinagar (Jammu and Kashmir) and Alappuzha (Kerala) are two other Indian cities which are carrying the same title.

Also known as the Kashmir of Rajasthan, the land of Maharana Pratap offers Zenana Mahal, Amar Villas, Mor Chowk, Darbar Hall, and Krishna villa. It is also acclaimed for eye-catching paintings, silver arts, marble articles, luxury hotels and impressive havelis. Wearing colorful footwear and outfit is another attraction of this beautiful city. The city acclaimed as the most romantic city in India is drenched in history and culture. It hosts multiple festivals, such as Mewar festival, Ganguar festival, and Shilpgram fair, which are celebrated with great dignity. Ganguar festival, where unmarried women worship Goddess Parvati, is celebrated with great enthusiasm and devotion. The purpose is to ensure a happy and blissful married life. 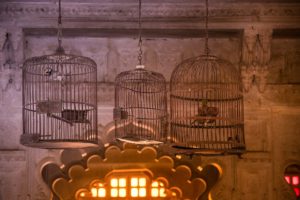 If you want to visit Udaipur this year, you must schedule your plan in November and December. Shilpgram fair, with the aim to promote Rajasthan’s art and craft, is organized during this period. Musicians and dancers entertain the viewers of the festival which lasts ten days. Lake Pichola, named after the Picholi village, is located at the middle of the city. It was created in the year 1362 AD. Due to its scenic beauty, this lake is considered as the most romantic lake of Rajasthan. It has four small islands which are consists of palaces. The lakes of the city were mainly created to meet the needs of irrigation and drinking water.