Kerala tops among twenty Indian states in Niti Aayog’s Health Index Rankings. As per the report presented by Niti Aayog, fourteen out of twenty Indian states have registered an improvement in health indicators between 2014-15 and 2015-16; six states have shown a decline. Top-ranked Kerala slipped its previous mark without making any change in the rating. Himachal Pradesh, Haryana, Uttarakhand, Gujarat, and Karnataka are five other states among the declining ones. The worst performer of 2014-15, Uttar Pradesh, is continuing its twentieth rank even though it is among the three most improved states. Its rating was 28.14 in 2014-15 which has increased by a whopping 5.55 after the machinery associated with health came into action. On the opposite side, Punjab jumped three places to knock Tamil Nadu off from second place. 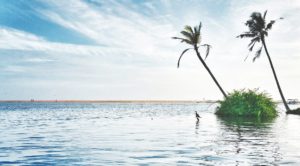 Niti Aayog did the study of health index on the basis of health outcomes (70%), inputs & processes (18%), and governance & information (12%). The five indicators that have been used while defining the rank are under-five mortality rate, neonatal mortality rate, full immunization coverage, institutional deliveries, and people living with HIV on anti-retroviral therapy. 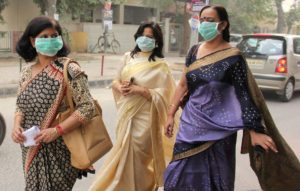 Delhi-NCR is not suitable for living

Delhi-NCR is perhaps not the most polluted state in India, but it is not among the top twenty. Whether it is New Delhi, Gurugram, Noida, Ghaziabad, or Faridabad, the cities of Delhi-NCR are not good options for living. These cities are neither high on health index, nor even offering good or average quality air. All of them are highly populated and dirty. Despite fluctuations, the concentration of PM2.5 throughout Delhi-NCR stays above the line of safety. But we have brought forward news of relief for the people living here. 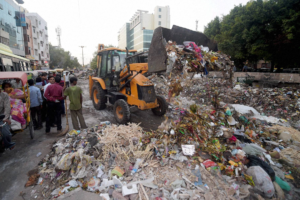 Amitabh Kant, the CEO of NITI Aayog, said that the government of India has cleared the scheme of 12 billion rupees for the peak period of air pollution. He expressed this at Cleaner Air-Better Life programme organized by CII. “Now the challenge is for administrative machinery, both at the state level and municipal level. The challenge is now for the transport department to really ensure that all vehicle are constantly checked and those who are not meeting the standard are taken off the roads. Construction sites are also a challenge,” the CEO then added.