World’s second Taj Mahal is located 10 miles away from the capital of Bangladesh in Sonargon towards the east direction. Completed in just five years, it is a measured copy of original Taj Mahal. A wealthy film-maker of Bangladesh, Ahsanullah Moni, invested USD$56 Million in building the ‘Copycat version of Taj Mahal’ which was introduced in December 2008. Same as the Agra Taj, white marble was being used in the making of Bangla Taj. 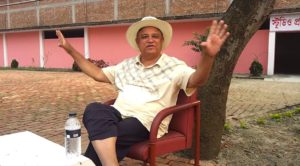 Owing to the use of advanced technology and machinery, it took less time than of original Taj which consumed 20 odd years. The maker of Bangla Taj took a much-scaled measurement of original Taj as put each and every building in precisely in the same position as it is in original Taj. 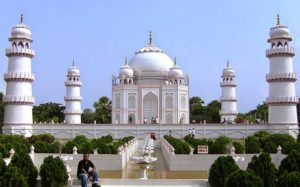 Its main building is in the middle, four large minarets in four corners, and the water fountain in right front of main building. Besides, the flower garden is also there where the visitor can site on both sides. A cinema hall, a film shooting site, and a memory of war of liberation in Taj sculptor are the extra additions. India’s past PM Indra Gandhi and Bangladesh’s PM Bangabandhu Sheikh Mujibur Rahman are being constructed there. This Taj is surrounded by local handicraft merchants, who are offering various handicraft items, are representing the culture of Bangladesh.

As we have mentioned it earlier, it is a brainchild of Mr Ahsanullah. He announced a copycat version of Taj Mahal in Bangladesh for the poor people of Bangladesh. In 1980, the idea to create a scaled copy of Ta Mahal in Bangladesh came in his mind. Bangladeshis could not “afford to go to Agra to see the Taj, so I am bringing the Taj to them. I am doing this only for the poor. They cannot travel. They cannot see this historical wonder. I also hope the landmark construction can attract more tourists from home and abroad,” said Moni.