Artificial intelligence, an intelligence demonstrated by machines, is applied when a machine mimics cognitive functions such as learning anything or solving a problem. It is the ability of the computer-controlled robot to perform tasks. Security based application can read and understand security. They analysis every identify root, method, causes, incident, trends and predict the next pattern. Artificial intelligence is the wakeup call to policy maker in India. Some of our PM-initiated programs likely to have a direct effect on the next five year. India has been carrying the third spot after the U.S.A and China. This technology scroll followed by Australia, Italy, Germany. India has a strong position in Artificial Intelligence by Indian companies has created new jobs in the country. Nearly 1000 companies from nine Countries over 92% of 86 companies served in India have created new jobs. Four pioneers of this sector are USA, China, India, and Germany. 25% companies in the USA, 23% in China, 19% in India, and 15% in Germany are engaged in using intelligent manufacturing system.

More than 50% of executives surveyed admit that world’s biggest tech companies like Facebook, Amazon, and Google apply data management, analytics, and programming. Employees have to know to use AI companies to upgrade their employer show on the basis of AI is manufacturing system. And take the opportunity for companies training their employees and attracting the artificial intelligence. 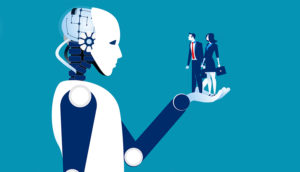 Artificial Intelligence has finally caught the attention of Indian government. In 5G, Cyber Security, Supercomputer Indian government implantation take a speedily move in AI. Indian startup ecosystem stockholders, teachers and student to build artificial intelligence solution that is made to work for India. In 5th generation technologies like artificial intelligence internet of things, machine learning, 3d printing and blockchain the government has now geared up to formulate guideline and policies for the utilization in different industries. The Ministry of Commerce & Industry released its report on AI. The AI technology will help Indian agriculture in boosting up crop yield. Microsoft and ICRISAT have joined hands in this direction.

As per the government of India, Manufacturing, Fin-Tech, Healthcare, agriculture, retail, food processing, education, public utility services, and national security are the areas where India needs to involve artificial intelligence. In this regard, a website has been created to solicit public opinions on various issues of this technology. For instance, Bengaluru based Niki.ai is one prominent startup working with several up working with several organizations such as Paytm, Uber, Ola, etc. From time to time, Indian organizations are catering to the needs of the Indian citizen at a mass level such as banking, healthcare. Manufacturing has shown readiness to adopt AI skills in their day to day processing. So, it is expected that India will be an AI superpower in the years to come. 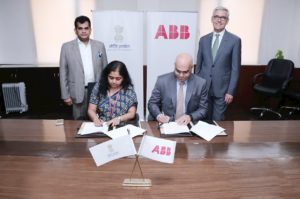 The CEO and co-founder of Noida-based video intelligence platform Vidooly, Subrat Kar, said, “It’s extremely encouraging to see the government recognize the need for research in cutting-edge technologies. Niti Aayog’s support will allow us to indigenously develop technologies on par with our Silicon Valley counterparts, and reduce dependency on them.”