India’s richest and World’s richest men were middle class in Akbar or Shah Jahan’s eyes if they would have lived during that era. Mughal ruler Akbar was richer than Reliance Industries Chairman Mukesh Ambani, Microsoft founder Bill Gates, and Amazon founder Jeff Bezos. The third Mughal ruler had controlled around 24% world’s GDP at the pinnacle of his reign, which would translate to a staggering $21 trillion today. Known for his lavish lifestyle and liberal religious attitude, the emperor was earning annual revenue of around £17.5 million in the last years of his sovereignty. Both Akbar and Shah Jahan were the World’s richest during their times. However, Akbar is considered among the ten wealthiest persons of all time.

The fifth Mogul emperor of India, Shah Jahan became was also one of the World’s richest during his reign, from 1628 to 1658. As per a group of historians, he became the richest man in the world during the peak of his sovereignty. We remember him, the third son of Emperor Jahangir, for his luxurious life and architectural magnificence.

Aurangzeb was perhaps the most hated emperor in the history of India. Interestingly, he was an exceptional ruler concerning economic policymaking. The ruler of 4 million square kilometers and 158 million people was a great economist. Under his reign (1658 to 1707), the Mughal Empire surpassed China to become the world’s largest economy, worth over $90 billion, nearly 25% of world GDP in 1700. 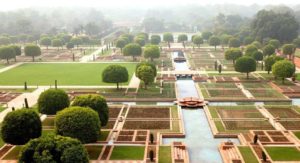 Mughals didn’t loot India. They made us rich

India’s contribution to the world’s GDP was 23 to 25% during the Mughal period; it was relatively stable for around 200 years. A report called “India: The Giant Awakens” says, India were contributing more than a quarter of the world’s GDP about 350 years ago. “India’s rise may seem unprecedented but it’s actually reclaiming a position it held for centuries. Throughout much of the last 2,000 years, India has been either the largest or the second-largest economy in the world,” Kenneth Akintewe, a senior investment manager of Aberdeen Asia, wrote in this report.

The Mughals came to India as conquerors but subsumed their identity along with the group’s identity with India. They stayed here as Indians, not colonists. There was a booming export in manufactured goods such as spices, cotton cloth, indigo, woolen cloth, silk cloth, salt, etc. Mughals had encouraged business by developing roads, sea routes, ports, and river transport. As per a French traveler, Francois Bernier, who visited India during the Mughal era in the 17th century, wrote, “Gold and silver come from every quarter of the globe to Hinduostan.” According to him, the Mughal kingdom was the wealthiest and most powerful kingdom in the world. 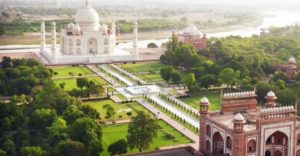 Mughal Empire was wealthier than the British Empire

The Mughal Empire, sustained from the first half of the sixteenth century to the establishment of the British Raj in the mid of the nineteenth century, was one of the most economically viable empires in the world. India’s per capita output during that era was similar to the per capita output of England and France. As per economic historian Angus Maddison, “India had a ruling class whose extravagant lifestyle surpassed that of the European society.” This was achieved, however, “by subjecting the population to a high degree of exploitation.”

Mughal rulers were good in economic policy making. Mughal Court was consistently helping the rulers in designing and implementing the so-called policies. The European traders, who visited India during the Mughal-era, were impressed by the brilliance and work principles of Mughal Court. Nonetheless, the empire slowly ruined with the rise of the academically-sound and technically-rich British Empire, which officially occupied the country in the second half of the 19th century.