As the government of India has completed four years, it is appropriate for us to look back at the promises made by the government in their manifesto. Before our prime minister assumed his office, the expectations of the farmers in India were soaring. He asked the farmers in the year 2013 to donate their used farm-implements to build the statue of unity in the memory of Sardar Vallabhbhai Patel. It is an excellent idea that helped him to connect with the farmers of India. 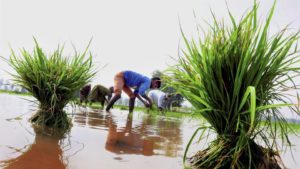 Promises made to the Indian Farmers

According to the manifesto of the BJP for the Lok Sabha, it was promised that if elected they would ensure that the farmers earn at least 50% more than their total production cost. Besides, it was also promised that the government of India would radically transform the Food Corporation of India (FCI) by unbundling their operations into distribution, storage, and procurement to ensure higher efficiency. It took nearly four years for the prime minister of India to act on his party’s first promise. It has increased the resentment among the farmers as the profit margins of almost all major crops have fallen during this period. The government moved swiftly on its second promise of the farmers. Under the chairmanship of Shanta Kumar, PM had set up a high-level committee, which was mandated to suggest measures to restructure the Food Corporation of India.

There hasn’t been much change in the role and functioning of the FCI as it has been three years since the high-level committee submitted its report in the year 2015. In fact, the role of the FCI will further deepen due to the recent announcement of raising Minimum Support Price (MSP) by 50% above A2+FL. The food subsidy bill will inevitably rise due to this announcement. It will increase the losses of the FCI because the oilseeds and pulses purchases it will have to make due to this announcement. The public distribution system (PDS), which is one of the premier food security programmes of the Indian government, is said to have benefited from the digital drive of the government and its DBT mission. The unpaid FCI food subsidy bills have accumulated to a massive Rs. 1.34 Lakh Crore as of March 31, 2018. 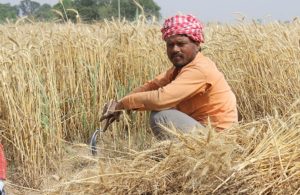 The government of India is far behind and nowhere close to fulfil its promise that the ruling party made in its 2014 manifesto. There is growing anger among the farmers in the country as they were neglected in these four years of Modi Government. During the rule of the BJP led NDA, the dominance of the big food corporation of India continues, and profitability of farming has fallen significantly. Rather than getting reformed, the FCI paraphernalia deepened and expanded in last four years of Modi government. It is less than a year since the general election of 2019; we hope that our prime minister soon realizes the gravity of the situation and win the trust of the farmers by fulfilling its promises made to the Indian farmers.